Sidharth Shukla (12 December 1980 – 2 September 2021) was an Indian actor, host, and model who appeared in Hindi television and films. He was known for his roles in Broken But Beautiful 3, Balika Vadhu, and Dil Se Dil Tak.[1] He emerged as the winner of reality shows Bigg Boss 13 and Fear Factor: Khatron Ke Khiladi 7. He hosted Savdhaan India and India’s Got Talent. He won the World’s Best Model title in December 2005 beating 40 other participants from across Asia, Latin America, and Europe. He made his acting debut with a lead role in the 2008 show Babul Ka Aangann Chootey Na. In 2014, Shukla made his Bollywood debut in a supporting role in Humpty Sharma Ki Dulhania. 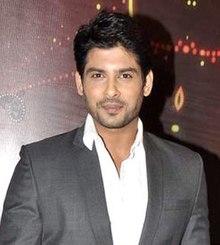 In 2008, he made his acting debut with a lead role in the television show Babul Ka Aangann Chootey Na on Sony TV opposite Aastha Chaudhary. Shukla played Shubh Ranawat, a man dedicated to his work and family. The show ended in February 2009.

In 2011, he appeared as Rahul Kashyap in Love U Zindagi opposite Pavitra Punia on StarPlus. The show was inspired by the Bollywood movie Jab We Met.[21] He also appeared in an episode of CID. 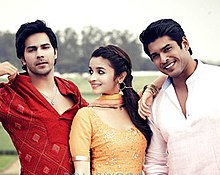 In 2012, Shukla appeared as District Collector Shivraj Shekhar, opposite Pratyusha Banerjee and Toral Rasputra in Balika Vadhu. It was his portrayal of Shiv in the long-running Colors TV social drama series Balika Vadhu which earned him widespread recognition and popularity, including several awards and nominations. He received the “GR8! Performer of the Year (Male)” award at the Indian Television Academy (ITA) Awards. He left the show in 2015, when his character, Shiv, died fighting with terrorists.

In 2013, Shukla participated in the celebrity dance reality show Jhalak Dikhhla Jaa 6, and was eliminated in the 11th week. It was reported that Shukla had signed a 3-film-deal with Dharma Productions.

In 2014, Shukla was named the host of Savdhaan India. He introduced stories of common people who fought against crime.

In 2015, after exiting from Balika Vadhu, he hosted India’s Got Talent 6, with Bharti Singh, and the season finale was aired in June 2015.

In 2016, Shukla won the stunt reality show Fear Factor: Khatron Ke Khiladi 7. The same year, he hosted India’s Got Talent 7 with Bharti Singh, and the season finale was aired in July 2016. Later in 2016, Shukla appeared as Mr. Chakraborty, an Indian businessman, in a Kazakhstan movie, Business in Kazakhstan.

In 2017, he appeared as Parth Bhanushali in Dil Se Dil Tak with co-stars Rashami Desai and Jasmin Bhasin. The series was inspired by the Bollywood movie, Chori Chori Chupke Chupke. He left the series in December 2017.

In 2020, after winning Bigg Boss 13, Shukla’s massive popularity helped him bag appearances in two music videos, “Bhula Dunga“,and “Dil Ko Karaar Aaya”. The same year, Shukla entered as one of the “Toofani” Seniors in Bigg Boss 14, with Hina Khan and Gauahar Khan, for the first two weeks. Ormax Media rated Shukla to be the most popular housemate of Bigg Boss 14 till he was inside the Bigg Boss 14 house as a senior. Shukla then appeared in another music video “Shona Shona”.

In January 2021, Shukla hosted the 16th week’s “Weekend Ka Vaar” of Bigg Boss 14, as Shukla was filling in for Salman Khan, who was missing from the show due to other work commitments. Shukla made his OTT debut as Agastya Rao with the third season of the romance web series Broken But Beautiful opposite Sonia Rathee streaming on ALTBalaji & MX Player. The series and Shukla’s performance received positive responses from critics, Mugdha Kapoor of DNA India wrote, “It’s the fire and genuineness in Sidharth’s acting and freshness in Sonia’s performance that keeps the viewers glued and wanting to see more.”